Skip to content
How Chiropractic Treatment Affects Inflammation in the Bones, Organs, and Joints

How Chiropractic Treatment Affects Inflammation in the Bones, Organs, and Joints 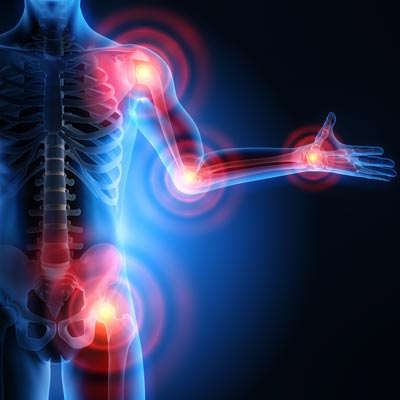 Chiropractors are best known for their ability to move joints and bones. They are frequently associated with postural correction, reduction in neck and back pain, and wellness maintenance. An expert chiropractic treatment may include an adjustment, which can release pressure on joints and help them to move back into their natural and optimal alignment. Chiropractors seeking long-term results may utilize Chiropractic BioPhysics (CBP), a form of treatment that moves bones over time in a manner similar to orthodontics. A lesser-known benefit of chiropractic treatment is the effect that bone and joint movement produces on inflammation.

When inflammation is present in the human body, there is a very significant likelihood that disease is also present in the body. Inflammation is an immune response that occurs in response to an abnormal condition that is occurring. This condition could be the result of an injury, or it could be the result of a disease. The inflammation that occurs is a natural bodily response to an unnatural condition in which the immune system attempts to bring the body back into homeostasis (ideal balance). By sending white blood cells and other immune cells to the area, the immune system is able to foil the attempts of invading bacteria, viruses, debris, etc. and rapidly reduce or defeat infection.

Inflammation is not limited to manifesting as the result of injuries alone. Inflammation can appear throughout the body as the result of infection, irritation, the production of diseased cells, or as the result of allergies. Organs and tissues can exist in an inflamed state for long durations of time and can ultimately cause damage to the cells that comprise those parts of the body. This can lead to the thinning and weakening of organ walls and tissues, decreased organ function, and and overall deterioration of the body’s systems and wellness.

Stress is one of the leading causes of illness and disease in the body, and as such, stress contributes significantly to the presence of inflammation in the body. As expected, an injury that is under stress and unable to rest and recover properly is likely to remain inflamed for longer periods of time, and, if strained, may become re-inflamed even years after the initial time of injury. Similarly, organs and tissues in the body become inflamed under stress.

When something is imbalanced or misaligned in the body or a body-system is being overworked due to an unaddressed deficiency, stress occurs. When stress occurs in the body, chemical reactions occur causing the release of the hormone cortisol. Although cortisol is initially an anti-inflammatory hormone, prolonged release of cortisol can eventually create a dysfunctional cycle in which widespread inflammation occurs following a cortisol release. When this occurs, stress—in particular, psychological stress —can cause global inflammation in various areas of the body. Generally speaking, the part of the body that is the weakest or most strained will suffer the most under the effects of widespread inflammation.
Even after stress has been reduced or resolved, the effects of inflammation in the body may linger. Inflammation can decrease organ function, strain tissues and ligaments, and force bones and joints out of alignment and into subluxation. In the wake of inflammation, decreased efficiency and performance of the body’s systems and organs can remain, creating an opportunity and need for wellness interventions.

How Chiropractic Care Can Reduce Inflammation

Chiropractic care works mainly on the skeletal structure and the nervous system. The nervous system plays a significant role in regulating immune response, which is responsible for creating or decreasing inflammation in the body.

Realignment of the spinal structure, including neck, pelvis, hips, and knees, can greatly enhance nerve connection and indirectly produce an amelioration of abnormal immune system function. This sort of intervention is useful not only for those who need postural correction or direct attention to bones and joints, but also to those who are suffering from unrelated diseases, disorders, or imbalances.

Working directly on the joints and bones of the body also directly eliminates inflammation that may be occurring as a result of misaligned joints. When joints move out of alignment, they can begin to compress tissues, muscles, and ligaments which wouldn’t normally be compressed. This can create micro-injuries which lead to localized inflammation directly.

If you’re ready to begin alleviating chronic inflammation, either as the result of injury, misalignment, or stress and strain on the body systems, find an expert chiropractor who can help today.

Articles Twelve Ways that Chiropractic BioPhysics® Can Improve Your Life After [...]

Are you a CBP chiropractor looking to attend one of our seminars? Please check out our CBP Seminars page to book the next event.
Upcoming Seminar

Are you a CBP chiropractor looking to attend one of our seminars? Please check out our CBP Seminars page to book the next event.
Upcoming Seminar
MyChiroPractice2021-11-30T14:42:56-08:00
Page load link
Go to Top